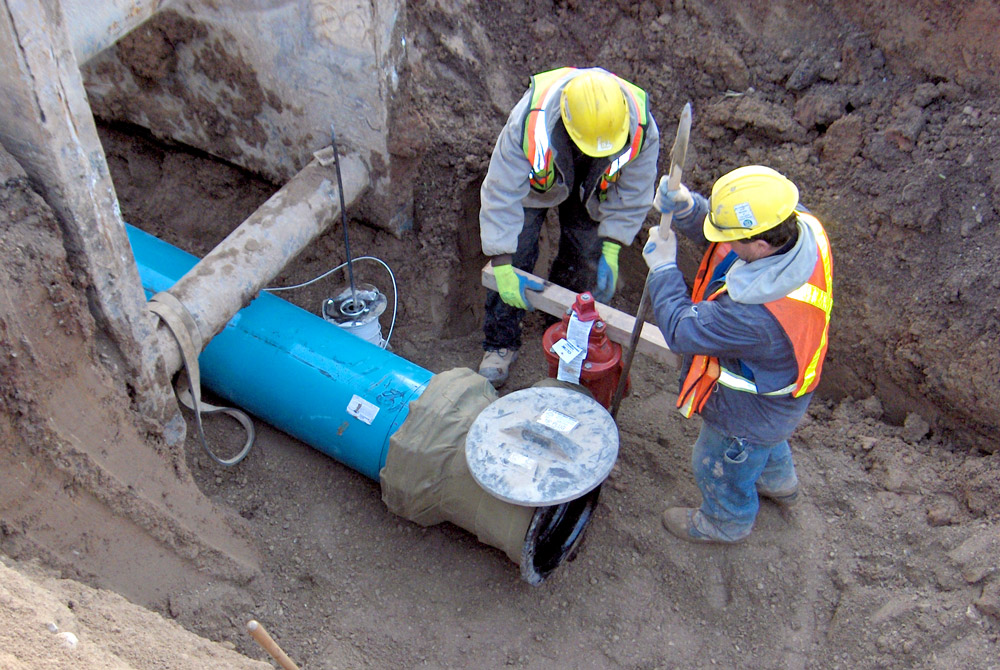 This project was made up of constructing 4100m of 400mm transmission main along county roads 4 and 35 in Woodstock, Ontario. L82 also constructed three air release chambers and three drain chambers; L82 had to directionally drill under the main entrance of the New Toyota Plant and under a major water course.

This project was constructed in the winter months for the sole purpose of the new Toyota plant having potable water.

There were four keys to success with this project. They were winter construction, traffic control, having the new Toyota plants main entrance to keep open and handling local residence. The solutions were resolved with the following.

The Key for this projects success was the management and construction knowledge of L82, the leadership and liaisons with the owner of RV Anderson and also with the pre-planning and the public relation of the County of Oxford representatives