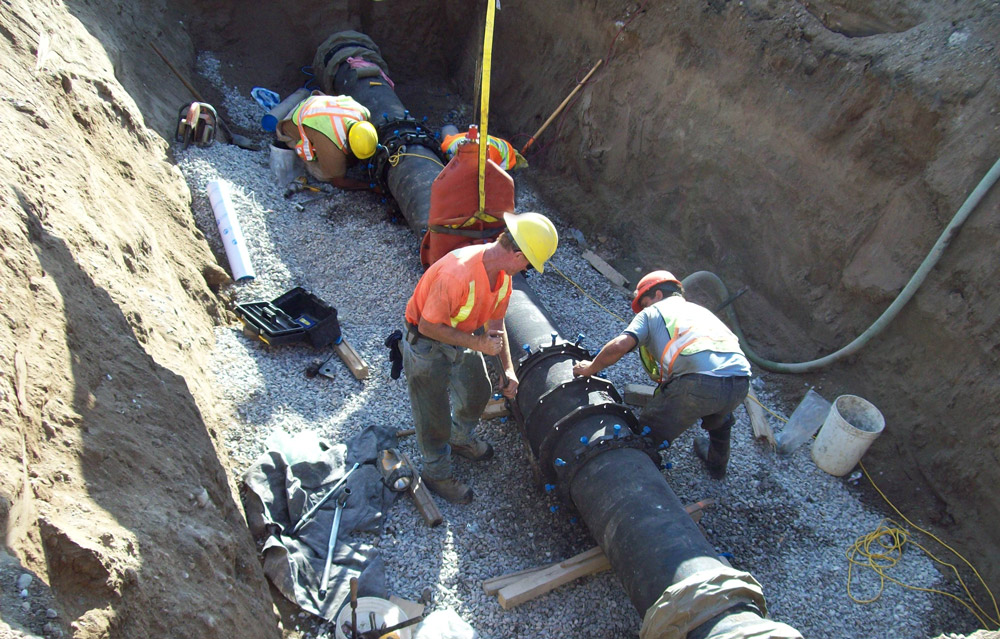 This project consisted of 2.6 km’s of full road reconstruction between Wonderland Road and Horton Street.
Major items for this project included sanitary sewer, storm sewer, 400mm transmission main and surface restoration. Two lanes of traffic had to maintain at all times. The staging and scheduling of this project, due to the traffic dilemma became paramount in completing this project within budget and on time. Another of the more difficult aspects of this project was the fact that there were two parallel existing watermains running down the centre of the street for the entire length of the project. They were being replaced with one 400mm transmission main. These two existing mains caused conflicts not only with the connections of waterservices and to the numerous side streets, but also elevation conflicts with the proposed sanitary and storm sewers.

There was also extensive work that was required near the area of the Coves. Permanent sheet piling was used to maintain the stability of the ground to allow the widening of the road. Dealing with the public was especially tricky on this project due to the size and complexity of the project with the onsite management of L82 and Stantec the residence were more then happy with the project. L82 completed the project on schedule and within budget all the time maintaining all through traffic and allowing the residents and the businesses access.