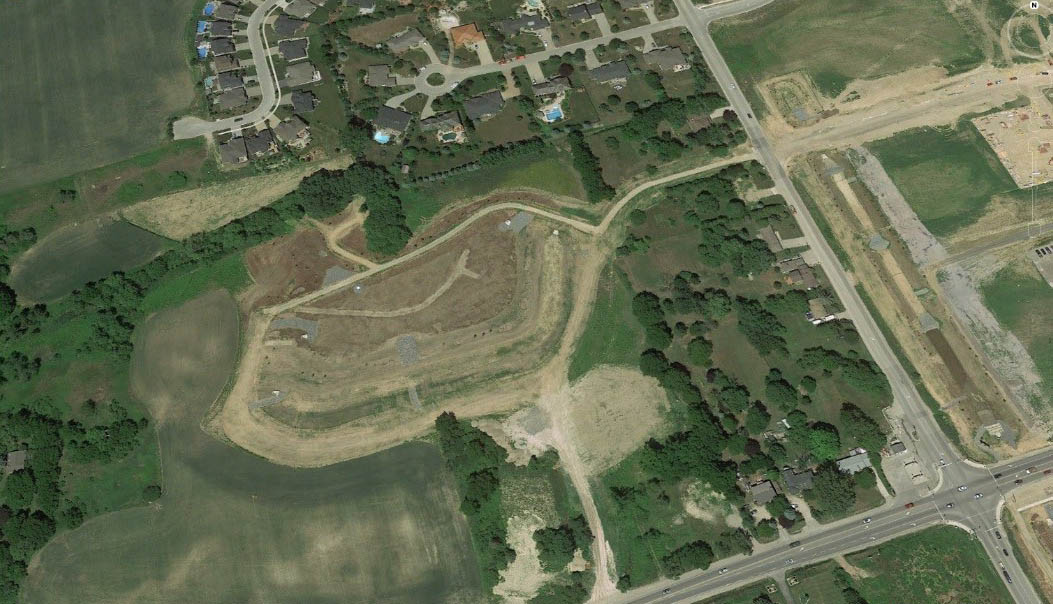 Two major issues that had to be dealt with was the filter stone type and the closure of Oxford Street. The filter stone used within this SWM pond could not be from a local supply. The local stone consists of limestone which was not desired for its raise in PH within the water stream which would have an adverse reaction to the native fish. L82 with the assistance of Lafarge found a granular source in Smelter Bay Ontario which is located North of Manitoulin Island. Lafarge barged in 40,000 metric tonne of 38 mm round stone to the Sarnia docks which was trucked and screened onsite to the desired porosity requirements for the projects. The work along Oxford street consisted of closing the road while we constructed the storm, sanitary and restoration of the road. L82 worked around the clock to be completed 12 hours prior to mandated opening and we received the full incentive for this work. If L82 had completed this after the deadline the city of London was to penalize L82 $20,000.00 per calendar day.

We would like to acknowledge everyone involved with this project including The City of London, AECOM, Consulting, Golders and associates, Royal Fence, Trueline Services, Dufferin Construction, Demar Aggregates, JK Landscaping, JNF Concrete, Mobil Stripping and Sweeping, GroundMasters Inc., Lafarge Canada, Wosley Waterworks and Forterra Pipe and Precast, and all the businesses and residents for all their cooperation and patients during the construction.